The Chicago Bulls were about to win their first of six NBA championships.  George H.W. Bush would be elected President in a matter of months. And my son was going off to Syracuse University.

And now here we are.  His 25th high school reunion a few weeks away. 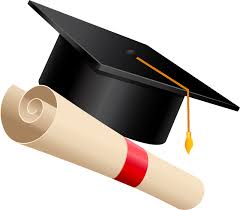 I strutted into the Friday evening party like a diva about to prance on stage.  All gussied up in a white pant suit and a black stretchy halter top.  No bra required.  (My, how things have changed!)

For me, the reunion validated the person I’d become.  A teacher turned writer.  A wife for the second time around.  A mother of a teenager who was . . . okay, so I didn’t have that one down yet but was really, really trying.  (That Parent Effectiveness Training workshop I took didn’t always do the trick.)

And now that teenager is all grown up.  I wonder how he’ll feel when he walks into the Friday night cocktail party.  Pleased with the path his journey has taken?  Unfulfilled? Just damn happy to be alive?  (Did I mention the automobile accident in which he drove his car into a tree, broke his back and just missed severing his spine?)

It’s been a wild ride for him and for me.  (BTW, it was his dad’s new Lexus that he totaled.)

It’s hard to fathom that it’s been twenty-five years since my son managed to get his high school diploma and waltzed off to Syracuse University.  I remember crying every time I passed his empty bedroom or heard a song he loved.

Then about three weeks in, I woke up and realized that I was free—free from pushing him to finish his homework, filling out college applications, making curfew, not driving into another tree.

Where has the time gone?  Twenty-five years and counting.  Each day here and gone faster than the one before.

Hopefully, I’ll be around for my son’s 50th high school reunion.  If not, I hope he has one hell of a good time!

It should come as no surprise (though siblings are surprised) that our brothers and sisters influence how we relate to the opposite sex. Siblings are our first marriage partners.  They teach us about what guys want and what women want.  They teach us how to (or how not to) act with folks of the opposite gender.  Just ask a female friend what she learned from her brother. And ask a male friend what he learned from his sister. You might find the answers surprising, even funny. (“I learned all about hair stuff and girls with their periods.” Or, “I learned that guys don’t talk about their feelings as easily as girls. And I learned that guys are often much more competitive.”)

A Short Quiz with No Right or Wrong Answers: 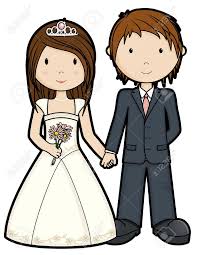 In one of the few studies of young-and middle-adult siblings, two-thirds of the siblings said that the marriages of their brothers and sisters detracted from their relationship. They felt their sibling had “married down.” Or they simply didn’t like a sibling’s spouse or were not liked by him/her.

It is not uncommon for a brother’s or sister’s marriage to significantly alter the dynamics between siblings. Early adulthood, the time in which many marriages occur, represents a rite of passage from the inner turmoil of late adolescence to the tasks of preparing for a lifework and forming intimate relationships outside of the family. Doing what we “should”—largely defined by family models, culture, and the prejudices of our peers—often instructs us to get married and settle down, to start our own family. For some siblings, these moves toward independence dictate a move away from the close connections with brothers and sisters. For others, the insecurity and/or jealously of a sibling’s spouse forces a wedge between them.

Alas, neither my sister nor my brother married.  So, I’m left to depend on other sibling stories about how marriage has affected their connection.  I heard from one “friend” on Facebook today who said that she loves her sister-in-law and is closer now to her brother than ever before. 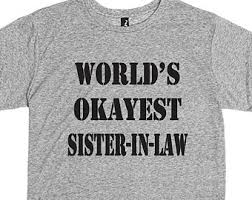 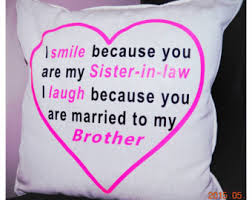 Someone on Twitter tweeted that, while she liked her sister-in-law, she wished her good luck when it came to being married to her brother.  Oh, dear . . .

A director of a national not-for-profit organization whom I interviewed for The Sibling Connection: How Siblings Shape Our Lives described a family “truth” that dictated how she and her two sisters and two brothers were to react when one of their siblings married.

The rest of us were not allowed to have any judgmental thoughts or feelings.  I don’t know where that came from.  It was just something that had to be.  And, by and large, that has been the case.  We have welcomed the new spouses into the family, although they have never been equal to the brothers and sisters.  They’ve always been brothers-or sisters-in-laws.

And then there are the stories of siblings who have been estranged since one or the other’s marriage.  They complain of sister or brother-in-laws who have driven a wedge between the siblings or don’t allow much contact with them or do everything in their power to make life miserable for everyone except their spouse.  (Hmm . . . I’m thinking they probably make life miserable for their spouse as well.)

On a happier note, frayed connections between siblings because of one or the other’s spouse tend to mellow with age.  Siblings are anxious to reconnect and to have their brothers and sisters back in their lives.  They may have finally found their voice and bust out of the confines their spouses have erected.  Or their spouse may have passed away.  (That’s one sure way to solve the problem.)

The prevailing theory has been that we often marry someone just like (or the polar opposite) of the parent of the opposite sex.

But more recent emphasis has been placed on the important role our siblings play as our first marriage partners.

I’ve written The Sibling Connection. http://ow.ly/UCNtu  (Book is 50% off through November.)

(BTW, it was a bear coming up with a title.  These days, key words can make all the difference.  They position a book on Amazon and all the other book sites.  They can determine where your book appears.  No longer can an author just go with it when it comes to a book title.)

An artist designed what I think is a stellar cover.

I redid my web site header.

I’ve posted and boosted on Facebook.  A zillion times.

I’ve tweeted until I’m all tweeted out.

Linkedin has been a trusted tool.

I’m “attending” yet another webinar on marketing books.

I have written what are called Book Bubbles on Bublish.com.  https://www.bublish.com/bubble/stream/7976

I’ve begged friends, family, experts, interviewees to write a customer review on Amazon once they’ve downloaded and read the book.

I’m waiting for five 5-star reviews until I can sign up for a spiffy web program that promotes ebooks to the “world.”

I’ve contacted sibling groups and organizations around the globe.

I’m about to go back to Google+ and maybe even Instagram.

What else is an author to do?

Well, I’ll turn to you.  Give me some love.  Some feedback.  Some of your stories.

I need some juice.  Some energy to make it through the slog of marketing a book on an almost non existent budget.

How’s it going?  Are you and your siblings close?  How did your childhood impact your connections as an adult?  In what ways do you think your siblings have shaped your life?  How has your relationship changed over the year?  What happened when a parent was ill or dying?  Did the circumstances bring you closer?  Further apart?  How do you get along with your sibling’s spouse?

The questions are endless.  But they are important.  They help me find different takes on what this longest-lasting human relationship is all about.

So, give me some love.  Give me your sibling stories.