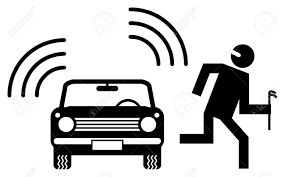 I count the number of times a car alarm goes off.  The information is mine alone: I never share it.

When the phone rings and either I can’t pick up immediately or see an unfamiliar number and choose not to pick up, I count the number of rings.  It gives me satisfaction that, even after the ringing has stopped, I can still hear it before the sound dissipates into thin air.

When the church bells in San Miguel de Allende peel at all times day or night, I wait until the peeling has stopped, replay the bongs in my ear and am both amused and proud when I repeat the number. 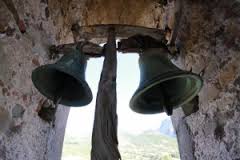 I am emboldened by my counting, by the repetition.  It feels as if I have a talent or power that most people don’t have.  And the counting gives me security, a sense that I’m control—even it’s control over clicks and rings and peels.

I’ve never shared this “habit” with anyone.  It hasn’t seemed important.  It’s just what I do.

But the other day after repeating my weekly dance and yoga classes to myself for the umpteenth time, I wondered whether I have a problem.

And that’s exactly the point: Do I have a classifiable disorder?  Am I candidate for Obsessive Compulsive Disorder (OCD)?  Should I see a therapist?

I’ve done some research.  It would seem that I am not—at least, not in the conventional sense— a person with OCD.  According to the National Institute of Mental Health, the repeated thoughts, urges or mental images cause anxiety.  Okay, sometimes I wonder why I do all the counting and whether or not I’m sane.

Still, my obsession doesn’t include fear of germs or taboo thoughts about sex or religion (Although I did get rather testy when my dance included namaste at the beginning of class before we had anyone and anything to thank, to bless.)

BUT I guess my counting is an attempt to have things symmetrical, though the numbers are often odd.

And I suppose my repeated counting is a compulsion.

Now the NIMH makes it clear that everyone double checks things sometimes but that a person with OCD, among other symptoms, spends at least one hour a day on these thoughts or behaviors and experiences significant problems in their daily life due to their compulsions.

I don’t wash my hands every five or ten minutes.  I don’t wear gloves everywhere I go as a protection against germs.  I don’t hop over every line in the sidewalk, fearful that if I step on one, something bad will happen.

So, am I just like a student in a Psych 101 class who thinks she has every disorder under the sun? Because there’s no doubt that I’ve walked around with a dark cloud hanging over me.  (Depressive)  Or that I’ve had my manic episodes.  (Self-explanatory)  Or on occasion,  I’ve looked in the mirror but don’t feel a connection between me and my own image.  (Dissociative identity)

Or am I a “normal,” imperfect human with a bevy of harmless quirks that are weird but harmless?