I used to relish what I interpreted as a compliment when someone looked at my driver’s license and said, “No, way!  You don’t look your age!”

And I’d feel all warm and fuzzy and say, “Oh, yes, that is my birthdate.”

And they’d say, “Well, you could have fooled me!” (or something to that effect).

And I’d walk away, smiling—grateful that the crows’ feet at the corners of my eyes or the slowly deepening wrinkles on my face didn’t yet scream out, “Get thee to a plastic surgeon for a few shots of Botox.”

But, now, I’m not so sure how to respond to “You sure don’t look your age.”  What does that mean, anyway?  That I don’t resemble the physical stereotypes of senior women?  That my hair is not thinning?  My skin not sagging? LOL  My eyes not squinting or not wearing trifocals a mile thick?  My clothes outdated?  My bones breaking?  (Oops, that would be a “yes.”)  My hip or knees buckling?

Is it truly a good thing to have folks constantly move the goalposts?  You know, 50 is the new 60.  Or 70 is the new 80.  Like the next woman, I want to believe that I’ll outlive my mother (She died just short of her 92nd birthday) and that I’ll be healthy with all my faculties intact.  The memory thing is a question mark.

But what’s wrong with looking our age?  Aren’t the lines on our faces symbols of lives well lived and the wisdom that accompanies decades of experiences, failures and successes, love and loss?

Full disclosure:  I do stare at young women’s unblemished legs, their unlined faces, muscular arms often tattooed, and I do get a modicum of comfort knowing that they, too, will be seniors before they know it.  But that’s a cop out, really.  I want to be able to embrace my body (and my spirit) and to wear all the scars with pride.

How to proceed: One strategy is to befriend younger women.  Actually, that’s easy to do because the pool of women in their 70s+  is beginning to diminish.  These younger women can keep us up to date, so to speak, about what life is like today for them and can, in many ways, use our experiences to enhance their own.  I often find myself channeling my mother and her generation, saying things like, “Well, when I was _______.”  Or “Back in the day, we ______________.” It does peg us as Boomers but, hey, I’m thankful I grew up when I did and felt the strength of being able to make changes in our world. That optimism is currently in short supply. 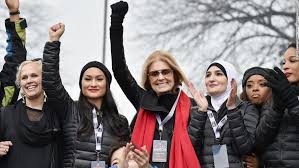 Another strategy:  Honor your voice.  “The truth will out.”  (Kudos to Will and his Sir Lancelot.)  Yep, no matter how often you hide under a desk or keep your mouth shut for fear that someone won’t like you, the harder it becomes to “get what you need,” and the more difficult it is to have open, honest relationships.  (I once backed out of returning a pair of shoes because I didn’t want to disappoint the salesman. [I was twelve.]) 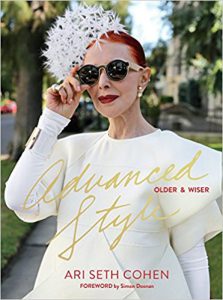 I realize this isn’t always easy.  I took a class in active listening when my son was maybe five (He’s pushing 45 now) and thought I had this whole “Say what you want to say in a nonjudgmental way” all wrapped up.  LOL.  It has taken me maybe 60 years to refine this way of communicating and up until this moment to use it more than—I don’t know—80 percent of the time.

And give this a try:  To allay your fears of your demise, look back at, say, twenty year chunks of your life: 40 to 60 or 50 to 70.  Consider all that happened—the fun, the accomplishments, the hard fought changes that made your life better.  As a 73-year-old, I’m shooting for at least another twenty years.  And that gives me relief, knowing that there is still much ahead—so much to look forward to and to check off all those items on my bucket list.  (Right now, it’s little stuff like look down and don’t trip, hang on to the railing when walking up and down stairs, don’t lean against doors until they are securely shut.  I missed that last memo and ended up with a spinal compression fracture.  Oops!)

How fortuitous.  This blog posted in the New York Times earlier this week.

The author must have listened in to the phone call my cousin and I had a few days earlier.  If she didn’t, then this is further proof that, for women, aging has its challenges but also big time perks.

Dominique Browning, a babe at 60, has found her voice and the relief of thinking and declaring, “I’m too old for this.”  She is, she writes, too old for feeling bad about her looks.  Insecurity is another distraction for which she is too old.  She doesn’t have time to change others because she knows it’s an exercise in futility.  And she’s learned to walk away from toxic people and toxic situations.

Hail to Ms. Browning.  And hail to the millions of other wise women who are feeling much more comfortable in their own skin.

Browning writes that she could just as well have adopted the mantra “I’m too wise for this.”  But she went with “I’m too old for this,” a mantra I was about to adopt when the aforementioned  cousin suggested “I’m too new age for this.”  Or simply, “I’m new age.”

For me, that’s pitch perfect.  My age (70) is “new,” “revitalized,” “different from expectations”—mine and every other woman who survives in tact with energy, health (Okay, maybe a bum knee here and a fragile back there), and optimism for the future and the unknown but exciting path it will take.

I mean, what was the New Age movement in the 1970s all about?   At its root, New Age was an alternative approach to Western culture.  The new age culture focused on spiritualism, mysticism, holism, and environmentalism.  The movement was all about “feelgoodism,” “correct knowledge,” and “tolerance.”

We sure could use some of that!

And no one is pretending that adopting this mantra works every time a “new age” woman is confronted with her image in the mirror, the “Oh, I sure want to be like you when I’m your age,” or the invisibility new age women experience (except for those who go under the knife, unable to accept the slow but inevitable march to the end.)

We “new age” women—even those loud and proud feminists—sometimes secretly wish that the construction guys on their lunch break might hoot and holler as we stroll by.  Or, while out dancing, some man who can keep a beat asks us to dance.

The flip side is that we don’t have to worry about the anger at being oogled or the hurt of being a wallflower.  Now, we can dance to our own tune without having to worry about what anyone thinks. Being outwardly “invisible” allows us to be inwardly “visible” and to connect honestly with ourselves without the cultural pressure to look, act, think like an “senior” or “elder” or, worse yet, a “hag.”

I’ve been searching for my copy of Barbara Walker’s The Crone: Woman of Age, Wisdom and Power.  The book left a huge impression on me and, based on Amazon customer reviews, a powerful one on scores of women, both “new age” and younger.

“So many times ‘crone’ is spit out like a disparagement, and Walker does an excellent job of educating the reader that Crone is an age of woman that brings wisdom and power.”

“This book celebrates the place of perhaps the most marginalized group in our culture, while damning the methods and motives of the Christian church from the burning times through today.”

Sit back, put on some New Age music and meditate on and give thanks to all the wisdom and power age has offered to you as a gift to be cherished and shared.

And for Pete’s sake, have a little humor about it all.

I’ll go on record: It wasn’t until 2005 when I interviewed dozens of men and women of “The Greatest Generation” for my book, Thanks For The Memories: Love, Sex and World War II (a shameless plug), that I kicked myself for having bought into our culture’s blanket dismissal of seniors as burdensome shadows—invisible elders often warehoused in senior facilities, out of view.

My research for the World War II book brought me to senses.

I found Betty Lou Kratoville, then 81, online.  She and her son, Damon, had written Laughter and Tears: A Combat Pilot’s Sketchbooks of World War II Squadron Life.  I knew within minutes of the first of many phone calls over the next decade, that I’d chanced upon a vibrant, thoughtful, wise woman whose life experiences would serve as a centerpiece of my book.

Aviation cadets could not be married until June, 1942.  Betty Lou took a two-week vacation and traveled to Maxwell Field in Birmingham, Alabama, to marry Rarey.  On their wedding day, a glum Rarey called his bride-to-be to say that he’d been restricted to base for the week end because his navigation marks were low. The wedding would have to be postponed for a week.

Then there was a second call.  Rarey had been given a reprieve and could come to town for the day but had to return to base that night.  The wedding ceremony went off without a hitch.  The “honeymoon” would have to wait.

The couple saw each other on Saturday and Sunday nights.  In between visits, Betty Lou and other wives spent time together. “Lord knows, we had a lot in common.”  At night, the women went out to the base, hung out behind the fence, and talked to the “boys.”

Following Rarey was, said Betty Lou, “The smartest decision I ever made. . . . I learned how to be independent.  I never imagined that I could do what I did.  I wasn’t a bit afraid.  I would tackle anything.”

When Rarey was sent to Springfield, Massachusetts, to continue his training, he and Betty Lou lived together for the first time.  Betty Lou’s pregnancy was planned.  She knew Rarey wouldn’t be with her when their child was born, but that was the reality of war.

Rarey left for England at the end of November, 1943.  Damon was born in March of the following year.

Rarey’s letters home, peppered with cartoons, depicted the war but, more than anything else, captured his thoughts about his “dear” Betty Lou and his son.  He couldn’t wait to return home.

Three months after Damon was born, Betty Lou was told she had a telegram.

Rarey had been reported missing in action.  It wasn’t until that Thanksgiving that she got the final word.  Rarey’s plane had been shot down over Normandy, and Rarey did not survive.  When a girlfriend asked Betty Lou what she was going to do, she said, “I don’t know . . . just go crazy I guess.”

But she didn’t go crazy.  She landed a job as a secretary and went to work.

“You never get over a loss like this,” she said.  But two years after Rarey’s death, Betty Lou married an officer in Rarey’s squadron.  They had a daughter.  Tragically, her second husband was killed in a test pilot training accident.

She tried marriage a third time, but it was not a charm.  But she did have three more sons.

As she looked back on her life, Betty Lou was philosophical.  “I would have just hated myself if I hadn’t spent those months with Rarey.  I always felt that I could look Damon in the eye because I stuck with his dad to the very last moment.  I’ve learned that you can either grow from life’s experiences and somehow stagger on.  I learned to cope with a certain amount of strength.”

Betty Lou died with grace almost seven decades after Rarey’s death and sixty years after the death of her second husband. 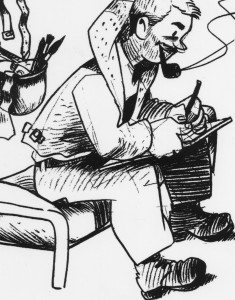