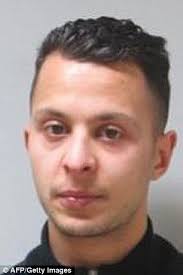 Why are so many terrorists brothers?

That’s what investigators and counterterrorism experts are trying to understand.

As the author of The Sibling Connection: How Siblings Shape Our Lives, it never dawned on me to explore this phenomenon.  I wrote the first edition of the book in 1991, long before Sept. 11, 2001, the Boston massacre, the recent suicide bombings in Belgium carried out by Khalid and Ibrahim el-Bakroui.

In a March 23 article in The New York Times, journalists Jim Yardley, Rukmini Callimach, and Scott Shane talked to authors, counterterrorism experts, and psychologists to get some answers.

Here are five potential reasons why so many brothers are terrorists:

What may be even more disturbing than siblings as terrorists is the possibility that, in the future, a parent and child may work together in yet another evolution in jihadism.

Experts are still examining how often uninvolved family members may be aware of terrorist’ plotting. A 2014 study in The Journal of Forensic Sciences analyzed the behaviors of 119 “lone-wolf” terrorists and found that in nearly two thirds of the cases, family and friends knew the person wanted to commit an act of violence. But in some cases, relatives are strongly opposed: The American terrorist known as the Unabomber, Ted Kaczynski, for instance, was finally caught and convicted because his brother, David, alerted the authorities to his suspicions.

Little is yet known about the relationship between the Bakraouis, who are of Moroccan origin and grew up in Laeken, a working-class neighborhood in Brussels, not far from the Royal Palace. Their father, Jamal el-Bakraoui, is an observant Muslim and a retired butcher, according to Marcelline Mertens, a neighbor.

Ms. Mertens recalled the brothers as ordinary teenagers, not especially religious, who then disappeared from the neighborhood about five or six years ago. During this period, they were separately convicted of crimes including carjacking and engaging in a shootout with the police.

Ms. Bloom, the author who estimated that up to 30 percent of members of terror groups share family ties, warned that extremists were now trying to recruit entire families in Europe, portending the possibility of “Right now, we are seeing a lot of siblings carrying out these attacks,” she said. “The trend we are anticipating is parent and child.”

When Siblings Are Friends: The Sibling Effect

In her New York Times Ties article, “When Friends Are ‘Like Family'”, Deborah Tannen explores friendship for a book in progress.

As the author of The Sibling Connection: How Siblings Shape Our Lives, I read Tannen’s piece with great interest.  I guess you might say that I’m a sibophile (I just made that up.  You won’t find it in the dictionary.)  I believe in the sibling relationship with all of its twists and turns and the many ways siblings help us understand why, how, and the way we are .

Of course, it’s not an either/or between siblings and friends.  Tannen points out that comments by the people she interviewed “shed light on the nature of friendship, the nature of family, and something that lies at the heart of both: what it means to be close.”

We all have friends who are “like family.”  Eighty per cent of us have at least one sibling.  Both relationships can be loving, supportive, fun.  But unlike friends, our siblings are the only ones who go all the way back and can help us understand where we came from and where we’ve gone.