“There are things that you don’t get over. You have to find a comfortable place to put them.  But they’re always there.” 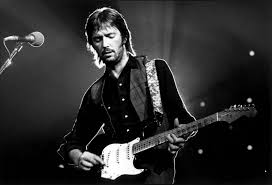 Wow!  When I heard that in “Eric Clapton: Life in 12 Bars,”— one, if not the, best rock n’ roll documentaries I’ve ever seen— I said aloud, “That’s perfect.”

For years, I’ve tried to say something about what we can do with our hurts, insults, and rejections and the feelings they stir up.  The best I came up with was “We can never get rid of this stuff.  We can just see it coming our way and be prepared (like Girl Scouts).  Maybe we side step or maybe we dive head first.  But we’ve seen the movie before, know the lines and the conclusion.

All of us have been, say, rejected at one time or another. Clapton was rejected by his biological mother who, after giving birth, turned parenting over to her parents and took off from England to Canada.  Clapton was raised by his grandparents whom he assumed were his mother and father.  Even though he wasn’t told the truth until he was nine or ten, he “knew” that, despite being loved and adored by his grandparents, something deep down was missing.  There was a hole that couldn’t be filled.

That rejection has haunted Clapton throughout his life.  He turned to music as his only solace—the sole way he discovered to mask the hurt but never erase it.  He was a drug addict, then an alcoholic.  He obsessed over George Harrison’s wife for years, wrote an entire album of songs about her and, when he finally “had” her, he was too strung out to make the relationship work.

He had a daughter with a woman he didn’t love.  He repeated his feelings of rejection by rejecting her.  But when he fathered a son with another woman, he found himself—for the first time—more invested in someone other than himself.  Connor’s birth helped him find a comfortable place to put the negative feelings and consequences that had overwhelmed his entire life. 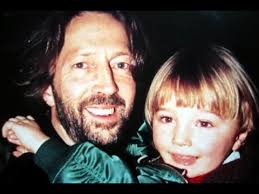 This story has a happy ending but a terrible tragedy in between.  I won’t spill the beans, in case you want to watch the documentary or google Eric Clapton and read more about his life.

Clapton is my new hero. 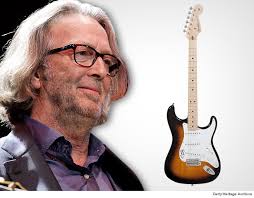