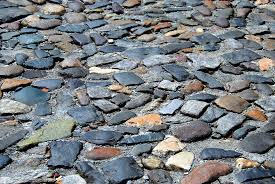 I’m in Mexico head down, walking on cobblestones, stepping in between the uneven cracks trying to avoid snubbing my toe, twisting an ankle or, worse yet, stumbling into a pothole that comes up fast, out of nowhere like a wave on an otherwise calm sea. I raise my head for just a second or two and spot a pair of long, shapely woman’s legs—pale as a newborn baby’s butt—too pale to reflect the hot afternoon sun that shimmers on the dark skin of many Mexicans whose quaint World Heritage town has been overrun by gringos who have flocked here after Travel & Leisure crowned it the Number One—that’s Numero Uno—city in the whole world. (I wonder if the editors tried to walk on the cobblestones before they made their choice.)

Aside from a slight jiggle on the back of the young woman’s calves with each step, her pale legs are a blank slate like a piece of notebook paper sitting on a desk in front of a kid who has not done his homework and itches to play video games—to do anything—except fill the blank piece of paper with something that resembles a few coherent sentences.

I follow the gringa with the pale legs and imagine what they’ll look like some forty years hence. The legs are no longer spotless but covered by purplish spider veins that resemble the random rivers, streams, and arroyos on a detailed page of an atlas or an online map of the world’s most popular biking routes.

I wonder whether she swallowed her ego enough to wear support hose during one or two pregnancies (actually, 2.4 according to the most recent data)—stockings advertised as “elegant in appearance,” “ultra fashion” support, on sale at Walgreens for $24.99. If she didn’t wear support stockings in mortal fear of looking like a Red Cross nurse, then perhaps she discovered Joan River’s The Right to Bare Legs, a foundation makeup for legs that does a decent job of camouflaging all the insults of aging but also does a number on pant legs, bath towels, and sheets. I’m not sure which is worse—doing laundry with those hard-to-remove stains or baring legs will all the markers of a life many decades in the making.

If I take any lesson from this pale-legs-go-bad saga, it is this: best to focus on the potential hazards of walking on cobblestones than on a young woman’s pale, unmarred legs that remind us senior women that young women age like the rest of us and will have to either accept the physical chain reaction of a long life, well lived, or fight a losing battle (unless they are part of the 1 percent) with both their bodies and their minds.  (Warning: Don’t use the same plastic surgeon who did Goldie Hawn’s facelift.)  Growing older can be a gift, if only we open the package and treasure what’s inside—whether or not the gift was on our wish list. 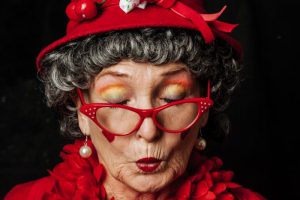