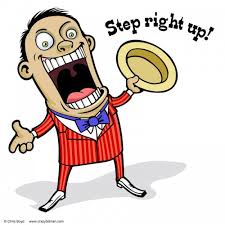 Okay.  So, not everyone wants to read a “heavy” book about teen suicide.  I get that.  It is often much more comforting to build a fire, sit in a comfy chair, and read an entertaining book that sweeps you away from the miserable polar vortex that has descended on half of the country.

But there’s another vortex, if you will.  While it may not be entertaining, it’s damn important.  The rate of teen suicide has reached a 40-year high.  That’s serious stuff: dead serious.  (Hmmm . . . good title for a book.)

But all is not gloom and doom.  There is so much we can do to help break the cycle of teen suicide.  We can feel good about how we talk to friends and family.  We can be aware of the warning signs and make a move if we think there’s trouble up ahead.  We can line up some folks we trust who can connect with health professionals who know how to treat underlying problems like depression and/or anxiety disorder.  Hell, we can just be a good friend.

A marketing pro whom I respect read the 2nd edition of Dead Serious over the holidays.  (Yep, I snagged the title.)  Maybe not the best time to read anything heavier than A Christmas Carol or to watch “It’s A Wonderful Life.”  (If only it were so.)  She thought the book was important and well done.  But her gut told her that this is a book that people would much prefer to buy online or check out from their local library.  She had a hard time envisioning readers walking up to the cashier at their local bookstore, smiling at the person behind the counter and plopping down their money for a book about suicide.  They’d feel uneasy.  Or maybe embarrassed.  You know, like the boy buying his first copy of Playboy or a young wife sheepishly purchasing a how-to about kinky sex.

Well, the marketing pro may be right.  I hope not, but what do I know?  I just write the books and hope that someone else can help sell them.

But then, I wonder, what accounts for the fact that the 1st edition of the book sold almost 90,000 copies some three decades ago?  There was no social media.  No online book sites.  No Twitter.  No Facebook.  No Instagram.  And no ebooks to be downloaded at the library.  Nope.  People either bought a book at a bookstore or librarians bought copies to fill their shelves.

Mind you, thirty years is a long time ago.  I’ve unearthed some of the yellowed accounting notices that I received from publishers back then.  All they reported was whether the book had been sold in the U.S. or Canada, how many copies, and the price per each.  And that was it.  Translation: I don’t have a clue who bought the book or what motivated them.  I didn’t receive any comments on my web site or customer reviews on Amazon.  I was in the dark and will forever be.

You could do me a big favor and help clear things up.  Walk right up to the bookstore cashier and, with a wide grin and charge card or cash in hand, tell her how long you’ve been waiting for a book like this one and how anxious you are to get home, stoke the fire, settle in to that cushy chair and have a good read.

I felt like a big girl author with bragging rights when traditional New York publishers signed me on.  I got advances against royalties, expert editing, and a supposed PR wing that would sing my praises.

And that’s what happened the first time around.  My book on teen suicide garnered great reviews, sold well, led to other assignments, and actually put some money in my pocket.  (BTW, even with Atheneum that supposedly “had my back,” I still ended up paying an outside PR firm to pick up where the publicists at Atheneum left off.)

It was downhill after that.  I didn’t make back my advance on my next two books.  I hated the book cover on one so much that I cried for an hour and moped for days.  It soon became clear that as a mid-list author, I was one of many thousands and thousands of publishing step children and that the publisher actually bet against the success of my book. The book didn’t stand a chance. When it got around to my third book—this one about love and sex in World War II—(a juicy subject, right?), I had a hard time finding an agent to take the book (my beloved agent, Berenice Hoffmann, had by then passed away) and an even harder time finding a publisher.  I didn’t have a PhD in history, and according to the high and mighty, I didn’t have the chops to write such a book.  I wrote it, anyway.

So, when I decided to write a 2nd edition of Dead Serious, the book about teen suicide first published in 1987 (Ouch!), I had made up my mind not to jump through the required hoops to find an agent who would then, hopefully, find a publisher.  I’d been warned at workshops, conferences, webinars, that, unless I had a “platform” (translate: thousands and thousands of online followers and, this time, an M.D. or some other combination of letters behind my name,) the chances of getting a traditional book contract were as likely as me winning the Mrs. USA contest—or whatever the heck it’s called.

Why knock my head against the proverbial wall?  Why face a pile of rejection letters with nice enough compliments about the value of my book, particularly at this time,  but that, in the end, shared the same message: we don’t want your book.  Nope, I wasn’t going to subject myself to a barrage of stabs at my self-esteem and abilities as an author.

I jumped head first into the indie world.  No need for an agent, though I do have a distributor.  Full control over cover and interior design.  An editor of my choice.  More money upon the sale of my book.  Ability to upload an ebook without searching for a second publisher.  I would control all the strings and mold a book that would check off all the boxes and turn out exactly as I wanted it—not some unknown publisher in NYC who, in truth, could care less.  Stick with the Stephen Kings of the world.

There have been some snafus along the way.  The pdf was initially rejected by Ingram because the page count didn’t meet its requirements.  When I got the first test copy, the book looked so—paltry and unimportant.  At 167 pages, it didn’t reflect all the months I spent researching, interviewing, writing, editing, proofing, designing.  But there was a solution: I changed the book size from 6″ X 9″ to 5″ X 8″, and that made all the difference.  The book is now over 200 pages and looks like a serious tome on a dead serious subject.

Yes, I’ve had to shell out a chunk of change.  The editing and cover design fees, as well as the programmer”s fee for the ebook, were reasonable.  But the interior designer charged about twice as much as I’d expected.  But she did a spectacular job, and the book looks so much more engaging than your basic print edition.  The kicker, though, has been the PR firm.  There was no way I was going to pitch this book in this online media age with book sites, review sites, podcasts, blogs, Twitter/Facebook/Instagram and the like, professional organizations, experts in the field, SEO, mailings, and more.  Nope.  I’d been there, done that and couldn’t stomach the thought of handling all that myself.

PR firms are not cheap.  And it makes no sense to bring them on for, say, two months.  So, up the ante and watch the balance in your checkbook or savings dwindle a chunk every month.  Granted, there is no dearth of ideas on the part of the publicists on “Team Jane.”  TV shows about lesbians, trans people, gender fluid folks.  “13 Reasons Why” about a teenage girl who takes her life and then “comes back” from the grave with thirteen tapes, each one addressed to a different person whom the dead girl holds partially responsible for her death.  A new song titled with the phone number of the National Suicide Prevention Hotline.  Teen suicide deaths reaching a 40-year high.  More middle school kids taking their lives than ever before.  And the list of what in the biz is called a “news hook” goes on.

Will the book sell well?  Will I have made the right move by going indie?  The results will tell.  The book will be available for pre ordering at the end of this month.  Folks can get their hands on the real thing or download the ebook at the end of January, 2018.  I doubt I’ll make my money back.  But my hope is that thousands of teens, adults and educators will read the book and that, as corny as it sounds, I will help save a couple of folks from taking the plunge into the abyss. 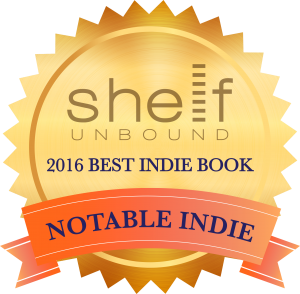