Funny how a memory pops up when we least expect it.  Our minds go to unexpected places at unpredictable times.  Sometimes there’s an obvious link; often, memories seem to appear out of left field like an errant baseball thrown past home plate and into the stands.

The last time I saw my father was at the lunch following my mother’s funeral.  My dad didn’t want a funeral and, along with my two surviving siblings, conspired to make sure that my mother didn’t get the service and burial she would have wanted and deserved.

The grand compromise?  There would be no funeral home service but a small one at the gravesite.  Some compromise.  But that was the best I could do.

And there we were standing on the front porch of a distant relative’s home (Everyone else had moved away) —my husband, son, good friend from high school and my dad.

The friend waxed eloquent about how my mother and father had been like substitute parents and how much he appreciated their concern and support.

“Well, at least someone appreciates me.”

He looked straight at me.  “That’s more than I can say about some others.”

Was he serious?  What the hell had I done?  Maybe the knock on his head (actually, he fell and suffered a subdural hematoma two days before my mother died)  had rattled his memory.  I’d been the dutiful older daughter who jumped through hoops to make him love me.

Okay, so he was pissed that I’d “forced” a service for my mother.  Well, screw him!  He couldn’t forgive me for what turned out to be a lovely celebration of my mother’s life?

My friend said a quick good-bye and headed for his car.  In what looked like a choreographed move, my son, husband and I stood and walked back inside the house. We were in no mood to weather my father’s abuse.

And that was it: I never hugged my father, said how much I missed my mother or how I knew the next months would be tough but that he could count on me to be there for him whenever he needed me.

He did call me once after that and offered me my mother’s car.  A peace offering?  I graciously said “no” because I had a car and didn’t need another.

Father’s Day has come and gone.  I took my husband out to dinner and bought the proverbial “You’re the best father in the world” card and cards from each of our two cats.

But my husband stepped into the father role when my son was eight.  The going was rough, but somehow we managed to weather and survive the continuous barrage of family relationship storms.

My son’s father remains very much in the picture.  He lives close by and, while he has a new wife (his third) and a young son thirty years younger than ours, he takes an active role.

Still, on Father’s Day, my son’s step dad (my husband) stands in the wings.  While my son tries his best to honor both dads and to spend time with both on Father’s Day, it’s not always possible.

Like this year.  There was a father/son golf tournament that teed off at 8:30 a.m. and lasted for hours.  It was over 90 degrees and, after a discouraging game, my son went home to recover.  He couldn’t muster the energy to then trudge out our way for a second Father’s Day commemoration.

Who could blame him?

Thankfully, his step dad took this in stride.  The three of us will celebrate later this week.

But these preordained days that “force” us to honor a parent seem artificial and, as in our case, complicated.  Why can’t we celebrate our parents on our own schedule, at our own pace?

Last year, I blogged “Apologies to My Dad on Father’s Day.”  Sadly, he passed away almost eight years ago, and my apologies were after the fact.  It felt good for me to get some stuff off my chest, but my dad probably didn’t get the memo.

Why hadn’t I told him when he was still around that I was sorry for having teased him when, at age 80+, he couldn’t get up from the exercise mat on the floor?  (I get it now: I’m having trouble pushing myself up from any lower than, say, two feet.)

Why was I so selfish in urging him not to die on my birthday?  He was in a coma of sorts and, hopefully, didn’t get that memo, either.  Still, he didn’t need any pressure from me as he struggled to move from this earth plane to whatever is next.  (He did die on his own terms the day after my birthday and waited until all of us, including the hospice nurse, were out of the room.)

My sister called me last Sunday.  We reminisced about our “daddy-o” and so many events both good and not so good that continue to give us pause, joy, and strength.  I treasure my sister connection and the special ways in which she and I can talk about things that no one else in the world can understand.

For that, dad, I am eternally grateful. 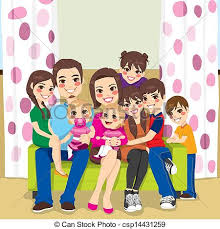 You’ve heard some parents say that they want children close in age. That way, they can spend more time together, share more experiences. Other parents feel that having children too close in age leads to unnecessary competition and not enough time to grow up before another child enters the picture.

There is evidence to support both theories. If you’d like to read a complete article on the subject, go to this article on Parenting.com.

In a 1989 article in The New York Times, author Lawrence Kutner writes about siblings that are six or more years apart. He makes a strong case for the advantages of spacing siblings further apart.

Kutner writes about families with “caboose babies” — youngest children who are born when their older sibs are in elementary or junior high.

“With the typical 2-3-year span,” said Dr. Carol J. Eagle, then a clinical psychologist and associate professor of child psychiatry at Albert Einstein College of Medicine, “there’s a lot more competition between the siblings. When there’s a 6-year difference, it’s pretty hard to compete.”

The younger siblings tend to see their older siblings as parents. Dr. Lucille K. Forer, then a clinical psychologist, said, “I’ve seen it work beautifully. The older child can reach out to the younger child and can be tremendously helpful. The older child sees himself as wiser and more mature.”

Your Thoughts about Age Spacing

As you read these questions, you can answer them and fill in the blanks (mentally or on paper) as either a parent of two or more children or as a sibling with at least one brother or sister. If you’re an only child or the parent of an only, your opinions are just as valued.