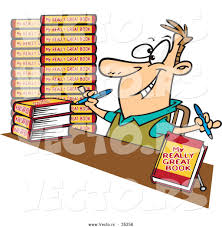 The Not-Quite End of the Book Tour

In 2015, author Noah Charney wrote a piece for The Atlantic in which he declared the author book tour gasping for air but not quite a relic of the past.

In recent years, and especially since the recession of 2008, when author advances shrunk and publishing had to tighten its collective belt, one of the first things to go were book tours (not to mention the all-but-extinct beast called the “book release party”).

Charney was one of the “lucky” authors who still got to be sent on tour by his publisher.

But in this new, more austere era, publishers only regularly pay to send authors who are compelling public speakers, authors with large established audiences who are guaranteed to sell well and therefore cover expenses (the James Pattersons, Gary Shteyngarts, J.K. Rowlings, and so on), or authors with a high profile that extends beyond books (such as actors, athletes, comedians). Publishers might send the odd debut writer, in hopes of more media coverage, but it’s no longer a given.

Well, I, along with my fellow mid-list authors, don’t fall into the first, second or third category.  (Back in the day—I’m talking the late 1980s—I did do a book tour to promote the 1st edition of Dead Serious, a book for teens about teen suicide.  But I’d hired a publicist who picked up where the 20-something in-house publicists left off.  “Left off” is putting a positive spin on the work they did—or did not do.  These new college graduates were overwhelmed, asked to juggle a ton of books.  While they tackled their job with youthful enthusiasm, they didn’t know what the heck they were doing; hence, the necessity of paying for one’s own publicist.)

This time around, my enthusiasm was tempered by the sad reality that, to hire a media specialist who’d focus primarily on a book tour, was both too expensive and a shot in the dark.  Even though the timing for a 2nd edition of Dead Serious couldn’t have been “better,” I knew that without an M.D. or PhD. behind my name, I didn’t stand a chance of  making a media splash.  (Now if my mother were still alive, she’d probably have coughed up the necessary funds, convinced that surely the sister of her dead son had a lot to say and a big audience that would listen.)

I searched the Internet, talked to other authors.  The solution: one of the unique online programs that, for a price far, far below what it costs to hire a publicist, arranged a virtual book tour:  “It’s not just a blog tour. It’s a social media experience.”

Hmm . .  . I don’t know about the “social media experience” deal, but over the course of a month, I guest blogged, had my book reviewed and/or had feature interviews on 16 book/author blogs.  In truth, Pump Your Book had the blog contacts and did the leg work.  I, on the other hand, spent a chunk of time writing unique guest blogs and answering interview questions.

For a day or two during the “tour,” the book reached #1 and never ranked below #6 again.  Today, almost two months since publication, the book stands tall at #2.  (In truth, the  raking can go up based on the sale of a single book.)

So, was the “tour” a success?  I’d have to answer “yes.”  It sustained interest when many books lose their readership after the blush of initial success.

Now, the trick is to figure out how to keep those cards and letters coming.  Stay tuned.