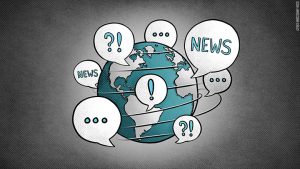 Maybe it’s my status as a senior.  Maybe it’s my waning attention span.  Or maybe, just maybe, there are changes in the words and phrases we use (well, not all of us) that have infiltrated our daily conversations.

Here’s another example of a phrase that has wiggled its way into daily conversations.  “You as well.” Back in the day when you wished a person a “Good day,” the common response was “Thank you” or “You, too.”  No more.  Today, it’s “You as well.”

It doesn’t matter whether you’re talking to a salesperson, a young friend, a consumer associate—”You as well” has usurped the basic “You, too.”

Granted, the latter does sound more erudite, more á la the King’s English—more like the way characters on the BBC converse.  But I don’t believe for a second that the people using this expression have spent time in Great Britain or have earned graduate degrees.

Every time someone responds to my polite wishes for a good day with a “You as well,” I stop in my tracks and wonder where the hell this came from.  Not us Baby Boomers, that’s for sure.  Millennials?  (Those born between 1981 and 1996.)  Those rascals seem to be changing everything else, so why not common words and expressions?

Here’s another one of my pet peeves when it comes to the words we use.  Have you noticed how the word right is thrown around and ends many a declarative sentence?

“The meeting is tomorrow.  Right?”

“The country is divided.  Right?”

The word begs for affirmation.  It’s as if the speaker isn’t sure about what he/she/they is saying and needs others to shake their head in agreement or to respond verbally.  This “right?” business unnerves me, particularly when the speaker obviously knows what he/she/they is saying. (Maybe it’s the influence of the millions of U.S. citizens who speak Spanish.  After all, many Latinos end their sentences with “Si?”)

I’ll keep you posted when the next word or phrase infiltrates our daily speech and makes me want to scream.  And, yes, please send me a comment with any suggestions.

Well, it happened again yesterday: the blog I wrote two years ago about the apparent kabash on taking the Lord’s name in vain on HGTV shows like “Fixer Upper” and “The Property Brothers” generated yet another reader’s comment.  Frankly, I am amazed.  I’ve written blogs about teen suicide, aging, siblings—meaty topics that I expected would move readers and encourage their opinions.  Sure, I do hear from some of those who have found their way to my blog, but nothing like the number of people like A. who responded today:

“Thank you! What a relief to see this post. This Gosh stuff has been irritating me for a long time. Really guys?! Do they think God is a bad word!!! grrrrr . . . “

“Haha, I have been on an HGTV binge the past few weeks and noticed this too. I wasn’t sure if it just seemed strange because of my sacrilegious Canadian ways.”

“Oh, my gosh!  I thought the same things about God being coached away.”

To be fair, I did receive a comment from Lisa H. who is “a Christian” for whom God is a “HUGE part” of her life.  Instead of slamming me or the other readers for our point of view, she explained her “take” in a calm, honest manner so unlike most of the discourse taking place around here in the last two years.  If only there were more Lisa Hs!  The world would be better for it.

What an interesting perspective!! I actually googled info about this because I noticed it only in Fixer Upper. However, I was appreciative of it. I was looking to see if Chip and Joanna required this of their “guests” on the show. You see, I am a Christian and religion is a HUGE part of my life. However, I say “oh my gosh” because I feel like most of the time when people say “oh my God” they are taking the Lord’s name in vain and using it too casually…since I feel like it has become so casual that even atheists say it for something to say. I love God and never want him removed from anything…media, school, etc. I just don’t say it out of respect and honoring his holy name. I never saw the perspective that there are people thinking that God was being removed by substituting the word “gosh” in. I didn’t see it that some of the people who are using this phrase to proclaim their thanks to God. Thank you for the new perspective and hopefully you can see mine. It’s so good to learn different perspectives.

Lisa mentions Chip and Joanna, the hosts of “Fixer Upper” on HGTV.  I thought I’d give them a google (Can I say that?), and look what I found—the most recent Instagram post from Joanna:

Walked into Emmie’s bathroom this morning and my heart stopped for a second when I thought she had sharpied all over her vanity. And then I took a moment and really read what she wrote and thought, “Well that isn’t the worst thing to be permanent”. Then I touched it and realized it was erasable😅. I stared at her question and loved the thought of it and that that’s how she talks to God. May her faith always stay childlike and may I remember what she seems to already know. That God is the most relational and the most kind, and always near. ❤️

The question in question:  “Hi, God, how are you doing today?”  (I took the liberty of adding the correct punctuation.  I mean, if you’re messaging God, you’d better get it right.)

So, there’s a partial answer, Lisa H.  Joanna, and by, extension, Chip share a strong faith in God that supports all that they do in life.  If I were a betting woman, I’d wager that they do ask the home buyers on their show not to take the Lord’s name in vain.  For them—and from what I can gather the other hosts on HGTV—”Gosh” not “God” rules.

Alas, I could never be a guest on HGTV, even if the Property Brothers or Chip and Joanna offered to build the house of my dreams.

It all started a week or so ago when I realized that I was paying a chunk of change monthly for a service I couldn’t remember purchasing.  After some sleuthing, I discovered that I’d signed a contract with AutoAssure, an outfit out of Plano, Texas (I should have known) that provides insurance for everything that can go wrong with one’s car, except those repairs as a result of an accident.

At the time I signed the contract, I thought it sounded like a good idea.  I’d just purchased my 2014 Kia Soul, after having leased it for three years.  Who knew what could go wrong?  A blown engine?  Bad brakes?  A broken A/C system?

What went wrong was the monthly fee.   So, I decided to bite the bullet, take a risk and cancel my contract.

“I’d like to cancel my contract,” I told the “gentleman” who picked up my call.

“Is there a reason why?”

Of course, there was a reason why.  “It’s too much money.”

He didn’t skip a beat.  “Well, let me see what I can do about getting that monthly fee reduced.”

“Thanks, anyway.  I just want to cancel my contract.”

“You know what can happen, don’t you?  One calamity and you could face financial ruin.”

That’s what a home equity is for.  But I didn’t want him to know anything else about me.  And I was beginning to lose my patience.

“I just want to cancel my contract.”

“Why are you getting so angry?”

This guy was a piece of work.  “I don’t need a therapist.  I want to cancel my contract.”

He blabbed on as if he hadn’t heard a word I said.

“Is there someone else in the room?,”  he asked.

“What the hell does that have to do with anything?  It’s none of your damn business.” 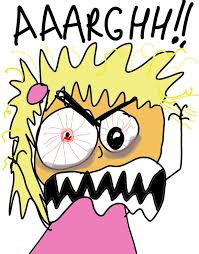 Ah, a slick sales tactic: blame the customer.  I wasn’t taking the bait.

“Look, you’re giving me a hard time.  I just want to cancel my contract.”

“Is there someone else in the room with you?”

What?  Did this slime ball have some new fangled spy gadget that could see into my office? (I think I was still in my pajamas.)

My husband who’d been standing next to me grabbed the phone and hurled a few zingers.  His language gave this guy more fodder.  He was like one of those life-size rubber dolls with the sand in the bottom.  Every time you punch, it stands right back up.

“Let me talk to your supervisor.”  The word please was no longer part of my vocabulary.

I lowered my voice.  “Look, I’ve been on the phone for five minutes.  All I want to do is cancel my contract.”

The guy would not budge.  He started to rattle off all the problems the Kia model I owned has had over the years and what I had in store when the brakes failed, the engine blew, the A/C went kaput.

“Where did you get your training?  An online sales course from Trump University before the government shut it down?” 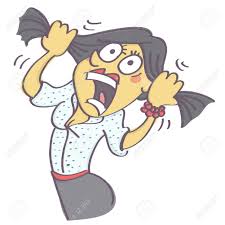 I have no idea where that came from, but when under extreme stress, the synapses in the brain take some surprising twists and turns.

He didn’t respond, but I was certain that he’d voted for Trump.

“I want to talk to your supervisor.”

In the background but loud enough for this jerk to hear, my husband suggested that I try to have the guy fired.

Suddenly, his demeanor softened.  “I heard that. Why would you do that?  Have I done something wrong?”

Oh, poor baby.  Now he was pulling the “Whoa is me bit.”  He had about as much of a chance of making me feel sorry for him as my throwing him at a lavish dinner party with roasted pig, choice cuts of sirloin, and a bar full of whatever beer Texans prefer.

“You know, there’s really no point in talking to my supervisor.  She taught me everything I know.”

If I’d had a phone cord, I would have symbolically wrapped it around his puny, little neck and pulled until he gasped his last breath.  (I’d seen that exact mode of murder on the first season of “Marcella” on Netflix.  It got the job done.) 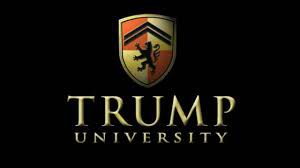 At least, for a matter of seconds.  By this time, sweat dribbled down to the small of my back.  My face burned red; my stomach did a few flips like so many of Trump’s cronies.

“For the umpteenth time.  I want to cancel my contract.  And if you don’t take care of that right now, I’m calling the Better Business Bureau and will then write scathing reviews on Angie’s List, Yelp, Facebook, and any other social media site that reviews companies like yours.”

Defeated, he verified my email address where he would send a cancellation form that required a frigging signature from a notary public.  I was waiting for him to demand my first born.

Within an hour, the email arrived.  I had wrangled with the most aggressive salesman on the planet and won.